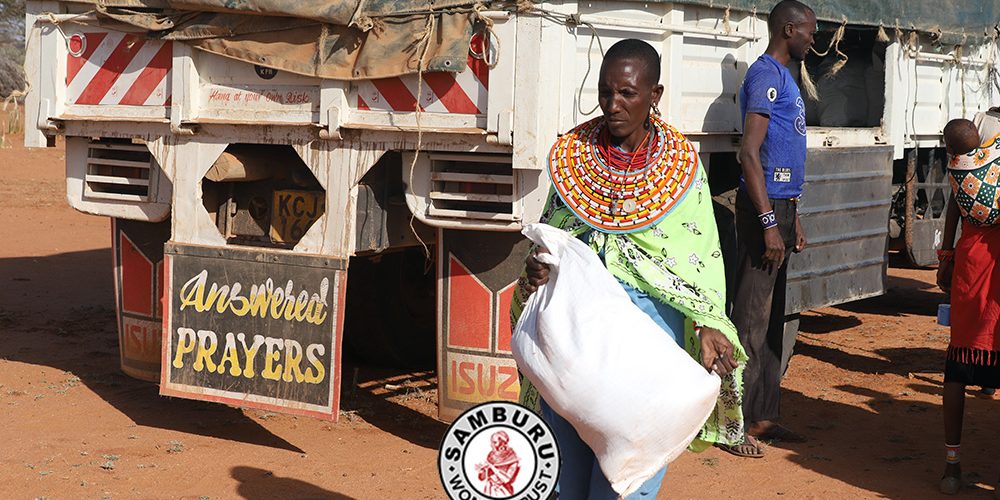 SWT, in collaboration with AJWS, launched its Humanitarian Drought Response Aid for Isiolo North this month to meet the immediate needs of indigenous people and assist communities in becoming more resilient to severe climate impacts.

It is critical to address the immediate needs of millions of people living in Kenya’s northern regions, which are classified as ASAL, and to assist indigenous communities in becoming more resilient to climatic changes.

Much of Kenya’s north has received less than 30% of normal rainfall since September. Droughts have always plagued the region, but due to climate change, their frequency has more than doubled since 1999. Every two to three years, there is now a drought.

The ASAL regions are experiencing the worst drought in decades, with drought – stricken landscapes, livestock deaths, and a humanitarian crisis.

The drought is being driven by climate change, and it’s causing civil unrest as shepherding communities compete for scarce resources.

The empty Manyattas became the defining images of the drought as our team from Samburu Women Trust moved from village to village.

These were villages crowded with people and livestock, whose sole source of income was livestock. However, they have been without rain for the past nine months.

The loss of livestock is devastating to desert indigenous communities. The animals are a vital source of both wealth and nutrition. They are destitute and hungry without them.

However, the drought is causing more than just a humanitarian crisis. It’s also escalating ethnic tensions.

Indigenous people live in remote areas where pastoralist migration has no regard for boundaries and increased cattle raiding has resulted in the deaths of indigenous people.

These herders are constantly on the lookout for cattle raiders as they dig for water in dried-up river beds.

As families flee the drought in search of food and pasture for their animals, children are forced to drop out of school.