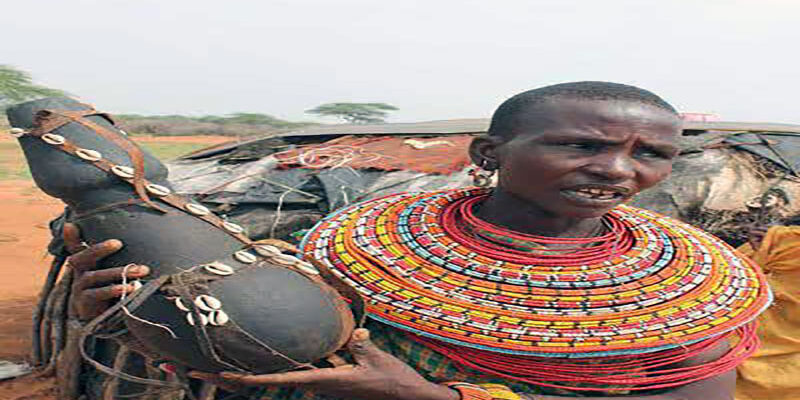 These are marginalized areas with numerous challenges for the local community. Infrastructure is underdeveloped, and social amenities are scarce and dispersed. Industries do not exist, and modern science plays little role in their daily lives.

The Samburu people have learned survival strategies through the ages as a result of their harmonious coexistence with nature and strong attachment to the Supreme Being.

Nature supplies fodder for their livestock, which is their economic lifeline. Cattle, goats, sheep, donkeys, and camels are kept.

They eat meat, milk, and blood from livestock, as well as hides, which are used as part of the manyatta’s bedding. Donkeys are more closely associated with women, as they are utilized to bring water, firewood, and carry household items during migration.

Nature and the Samburu people are inextricably linked. The only way to ensure their survival is to protect the natural environment. Trees are never taken down for firewood; instead, they are protected. Women are only permitted to collect fallen or naturally dried branches for use as fuel.

Their livelihoods are defined and supported by indigenous trees and domesticated animals.

Indigenous knowledge (IK) is passed down through the generations and used in daily life. The trees not only offer food and cure sicknesses, but they are also a vital component of various treasured ceremonies, such as rites of passage or age sets graduation.

They also serve as “courts” in conflict resolution, as it is here that elders sit while presiding over cases or resolving disagreements.

When elders speak with the creator through traditional prayer rites, certain species are used.