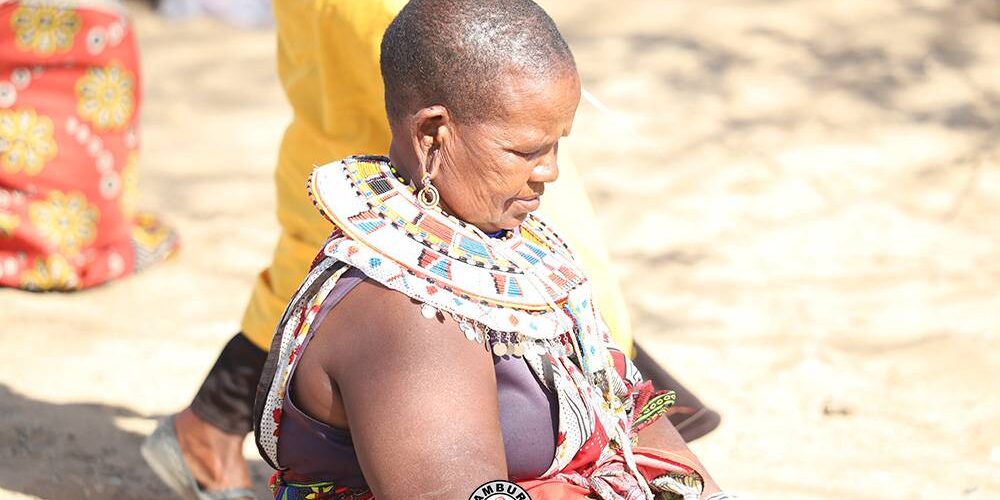 At Umoja Women’s Village in Samburu county, visitors are greeted with the phrase “Welcome to Samburu, where women rule!”

The matriarch of the community, Rebecca Lolosoli, extends a warm welcome to the visitors as the other women in the community applaud her. If only her bold assertion were accurate.

There are currently 36 women living in the settlement, the majority of whom have left their husbands’ violent behavior.

Many women have perished as a result of abuse, and they have come here to end it and live on, according to Rebecca.

She claimed that the drought is extremely harmful to humans, livestock, and wild animals, but most particularly to women because they are in charge of obtaining water and feeding their families.

She remarked, “The women are truly hurting. In Umoja, there are heroic tales and stories of optimism.

The women take beading classes and market their elaborate jewelry to help the community.

Their help comes from the Samburu Women’s Trust. Mpanisa Lentiro, 15, talks quietly about escaping her much older spouse in one of the little huts. He severely battered her, and she was his third marriage.

Since she will be sent back to her husband or married off again, she doesn’t want to return home. Two cattle served as her bride dowry.

She lives in a hut with another 15-year-old and 86-year-old Rantilei Lolosoli, who is responsible for looking after her.

Women are in charge of bringing water, and in times of drought they must walk longer. On those lengthier trips, they are vulnerable to attacks from both humans and wildlife.

Men eat first, followed by the kids, and then women devour the leftovers. Particularly in pastoral areas, when there is a drought like this, the men marry off their young girls.

When they run out of livestock, they marry off their kids in order to replenish their herd.