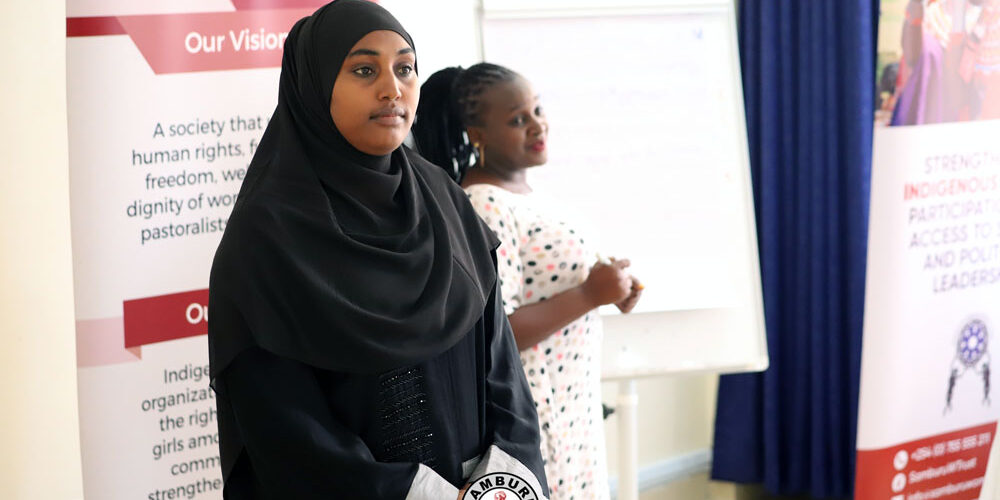 The progress and prosperity of any nation is dependent on its citizens having equal rights, opportunities, and ability to define their own future.

Ensure that girls attain their full potential is not just an ethical obligation, but also a strategic imperative. The status of women and girls, as well as economic wealth, are intimately intertwined.

When the girls do well, we all do well. When we invest in the education of girls, our communities and economy benefit.

According to many studies conducted by various stakeholders, only a small number of indigenous women can participate equally and successfully in political, economic, and cultural life.

When girls are empowered, the cycle of poverty is broken, and economies become more sustainable and resilient.

Samburu Women Trust is always advocating for change in both digital and physical spaces in order to empower girls and remove barriers to opportunity and equality.

Indigenous women and girls are negatively impacted by gender bias and discrimination, which puts them in risky situations that inhibit their possibilities for safety, education, and employment.

In terms of equitable opportunity and access to resources for leadership and education, indigenous girls continue to be underrepresented, and gender stereotypes continue to restrict their involvement in school, limiting their access to secure and lucrative careers.

The threat of sexual assault and other forms of gender-based violence, such as early marriages, further inhibits these girls’ ability to complete their education.

According to estimates, 25–30% of girls in Kenya’s indigenous communities are forced into child marriages, which exposes them to violence, unintended pregnancies, and deprives them of their fundamental right to childhood.

These factors have a negative impact on the girls’ educational, health, and economic prospects and make it difficult to break the poverty cycle. Girls continue to be subjected to harmful practices such female genital cutting, unwanted pregnancy, discriminatory laws, exclusion from civic and political processes, and sexual assault notwithstanding the protections offered by the Female Genital Mutilation Act of 2011.

Social standards that place a low value on girls’ lives are the fundamental reason why their rights and possibilities are restricted.

Indigenous women must be present at decision making tables
October 7, 2022

Women And Girls Are Disproportionately Affected By Climate Change
September 21, 2022