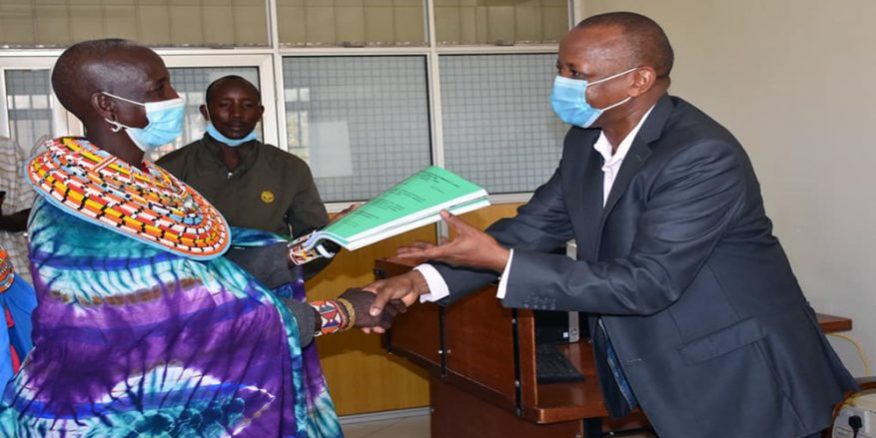 Residents of Oldonyiro ward in Isiolo County, through the Samburu Women Trust, filed a memorandum to the National Land Commission’s Isiolo office today detailing historical land abuses in their area.

This is less than a month before the 21st of September 2021 deadline for submitting complaints to the National Land Commission.

Several acres of land in Oldonyinyo are alleged to be government property, including Isiolo Holding Ground and the Livestock Marketing Division (LMD).

Hon David Lemantile, Member of County Assembly for Oldonyiro Ward, was also present and accused the National Government of failing to return the parcel of land under LMD despite the community having occupied the area for more than 60 years.

He lamented that the Livestock Marketing Division (LMD) occupies thousands of acres of land, making it difficult for the community to implement any development projects for fear of being evicted, despite the fact that the land is idle.

He went on to say that, despite the ward’s vastness, residents prefer to live in trading centers with a few schools, dispensaries, and other social amenities.

As a result, they are unable to construct permanent structures for fear of being demolished by the national government.

Mr. Paul Kasimbu, the Isiolo Land Commission Coordinator, received the memorandum and promised that his office will assist the community in registering the historical land injustice before the deadline.