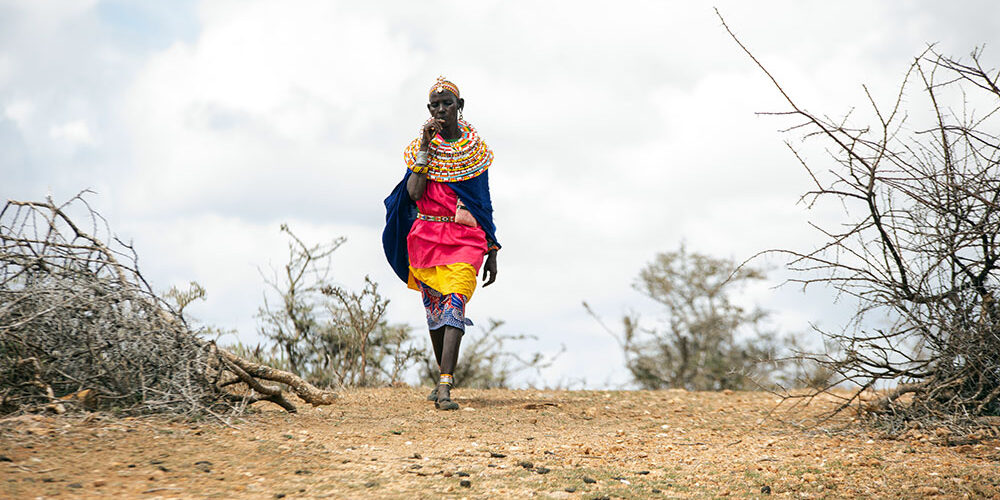 Pilot Lenaigwanai covers her lips as she speaks, attempting to conceal a broken tooth that serves as a terrible reminder of what she faced before seeking protection at a shelter for abuse survivors in northern Kenya.

The mother of three arrived in July after being forced to flee her home due to rising violence. Her husband was abusive long before the severe drought that is currently devastating Kenya’s dry north. When the family’s 68 cattle died, their only means of existence, the abuse became unbearable.

“He was visibly frustrated and turned on me and my children,” she claims. “I suppose he just wanted us out because he couldn’t provide for us any longer.”

Ms Lenaigwanai is one of scores of women who have arrived at the Umoja refuge in recent months, fleeing abuse that they say has gotten worse as each year of low rainfall has driven their families deeper into poverty.

Because they are dependent on the animals, whose malnourished carcasses litter the arid areas that once afforded abundant grazing, her semi-nomadic Samburu community of pastoralists is particularly vulnerable to drought.

The possibility of violence could become more prevalent for these women as well as numerous other women worldwide as a result of climate change’s increased frequency and intensity of extreme weather events.

Scientists have long warned that climate change disproportionately affects the world’s poorest and most vulnerable, and wealthy countries pledged to do more to assist poorer countries already dealing with its devastating effects at the UN Climate Change Conference in Egypt.

Until recently, little thought had been given to its disproportionate impact on women and girls.

The UN Intergovernmental Panel on Climate Change, however, identified a link between climate change and violence this year, citing growing evidence that extreme weather events are fueling domestic violence, with global implications for public health and gender equality.

Researchers from St Catherine University in Minnesota discovered that economic stresses caused by flooding, drought, or extreme heat exacerbated violence against women in their homes in a 2021 study of extreme weather events in Kenya.

Domestic violence increased by 60% in areas that experienced extreme weather, according to the study, which used satellite and national health survey data.

This study, along with 40 others published this year in the journal The Lancet as part of a global review, discovered an increase in gender-based violence (GBV) during or after extreme weather events.

Terry McGovern, who heads the department of Population and Family Health at Columbia University’s Mailman School of Public Health, called the scientific evidence for this connection “overwhelming”.

Several academics, activists, and humanitarian workers have stated that more research into the links between violence against women and extreme weather events is needed.

They claimed that, unlike the hard science of climate change, the complex drivers of violence cannot be easily quantified.

“The climate discourse is all about numbers, but the evidence on violence and changes in power dynamics cannot be captured that way, and thus it is not given the same weight,” says Nitya Rao, a gender and development professor at the University of East Anglia in the United Kingdom.

Nobody in Umoja doubts that the drought is fueling the violence—the increasing numbers are proof enough.

According to Jane Meriwas, whose non-profit organization, the Samburu Women Trust, assists women who have fled abusive homes with self-sufficiency, the number of women at Umoja has doubled to 51 in the last year.

“As communities and families lose their livelihoods and suffer hunger, there is increased experience of weak or broken family structures. “Most are now engaging in dangerous activities to get a meal,” she explained, citing sex work and bootlegging as examples.

Samburu women are particularly vulnerable due to their semi-nomadic lifestyle. They have little or no consistent access to health care, police protection, or support services, according to Meriwas, making it difficult for them to report abuse. “They really are suffering in silence.”